R2 Scout is our most advanced fixed blade knife for active outdoor use. It is an all-round knife of the highest quality, a knife you can really trust if a demanding situation should arise. It is strong without being heavy and bulky and you get a good, secure grip thanks to our classic anatomically well-designed handle. The knife sheath has a two way locking system, partly a spring assisted key lock that generally holds the knife in the sheath, and partly a shackle lock that you fold down to 100% securely lock the knife in place. The steel we use is a world-class Swedish powder steel (Elmax) that is carefully hardened, cooled to minus 190 ° C and then tempered for two hours to a hardness of HRC 61/62. It gives a tough and at the same time hard steel that stays sharp for a long time without being brittle.

The knife is designed for those who have slightly smaller hands, i.e. women, young people, girls or for those who simply prefer a knife that is a little smaller in size – without sacrificing quality. In terms of quality, it thus competes with most knives on the world market (including many of our own models), but considering that more than half of the world’s population consists of women/girls, it is no more than right that this customer category also gets the best in the world technique. It is still not a “girl knife” but simply a knife for those who do not have hands as big as a lid.

The convex ground edge is wood sharp and keeps its sharpness very well. When the edge has lost its sharpness or if you have received a dent in the edge, use a fine, flat diamond whetstone like DC4 to restore the edge to its original appearance. If you think this is difficult, you can send the knife to us for sharpening, but then it costs a “penny”, of course.

A few words about the dimensions of the knife: The reason why we have chosen to have a really strong blade back is to give the knife the strength to withstand stress. The blade tang, i.e. the part of the blade that goes inside the handle, is also wide and strong and is visible at the handle end. The tip of the blade is reinforced in order to prevent it from breaking. In the event of the tip breaking in some way, it is possible to grind out a new tip. Same thing with the edge – if there is an edge damage, it is no problem for us to grind out a new edge. The knife is heavily dimensioned to withstand much strain, so if you use this knife with some thought, it will last a lifetime. It is not only climate-smart, it is also to care about the earth’s limited resources. 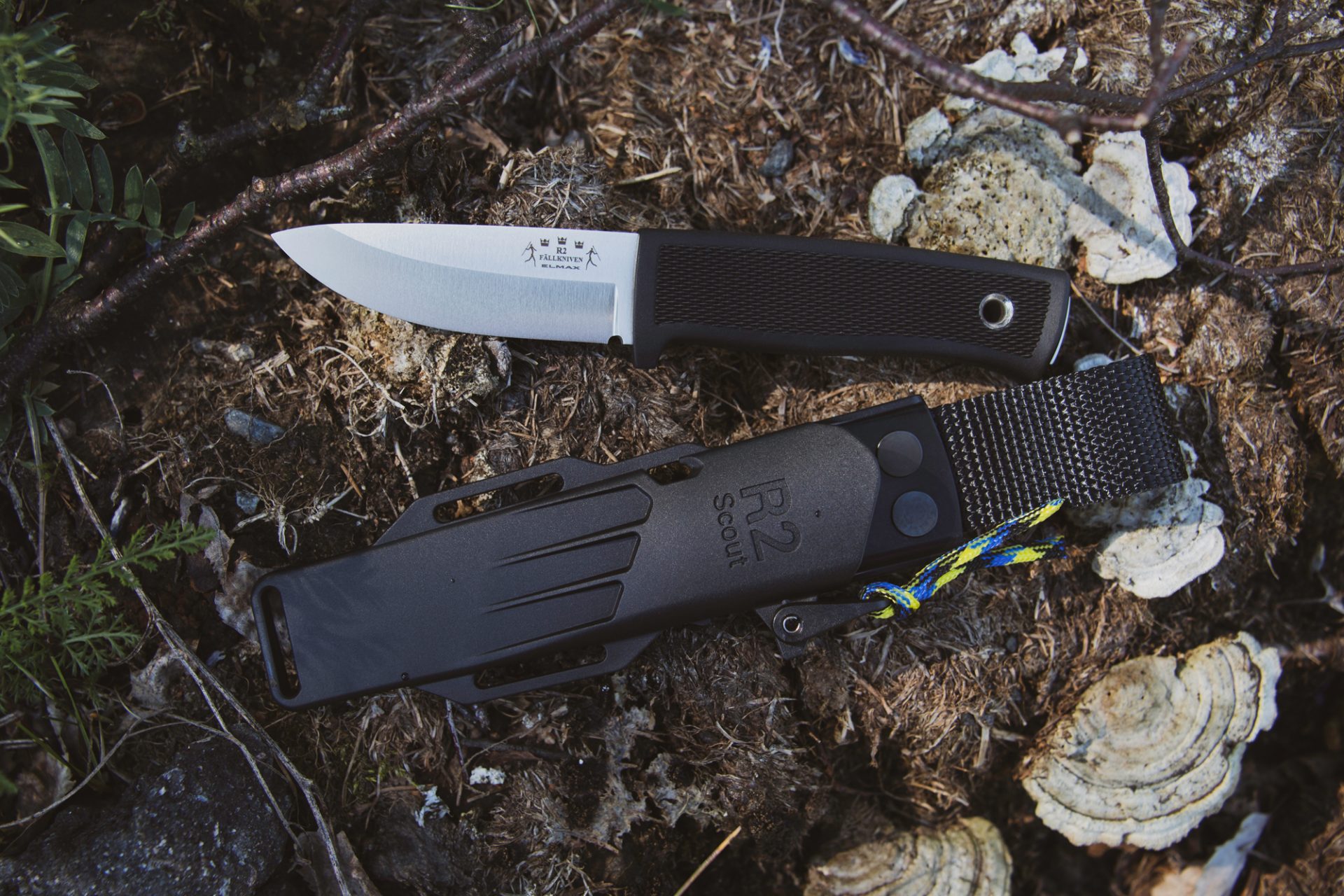